There was plenty of Kenney rhetoric about governing Alberta for “everyone” and with “humility and civility.”  There has been no evidence of that happening in the election period or so far since his decisive victory.  In fact his actions and comments have gone in the opposite direction.

Sure he was polite during first post-victory pro-forma conversations with Premieres in B.C. Quebec and even with Trudeau.  He even accepted the fact (as if he had any choice) that Trudeau had delayed the TMX Federal Cabinet decision a month.  that prudence was to be sure the Aboriginal Consultation was finally done properly.  At least Kenney didn’t  play the politics of resentment that one time.

There Are Now Citizens Deemed to be Enemies of Alberta

The UCP election campaign was a lot about Kenney doing battle with the enemies of Alberta, real and imagined.  There were threats at retaliation and promises of a “War Room” to take on BC. Quebec and Canada who were “pushing us around.”  And that had to stop, but how to do it is a political question, not a policy issue for Mr. Kenney.

The practical reality is in every “battlefield” he picked is either outside provincial jurisdiction, so pointless, or likely illegal, so dumb.  He is more Don Quixote than General Patton.  It’s all red meat ,adrenaline rush political theatre designed to keep an angry Base ginned up  That is the stuff of Identity Politics and Kenney has mastered that Dark Art.

He also promised to take revenge on any environmental group that he deemed an enemy of Alberta because they were partially”foreign funded” and  engaged in “economic sabotage against Alberta.”  He singled out Ed Whittingham, former Executive Director of the Pembina Institute, and recent Notley appointment to the Alberta Energy Regulator, for personal abuse and lies during the campaign and in the UCP Platform.

It culminates in Mr. Kenney’s Tweet on the resignation:

“It was gracious of Ed Whittingham to resign the day before we could fire him.  Our government will never appoint people like him who are avowed opponents of Alberta jobs. And we will stop all funding to groups engaged in economic sabotage against Alberta.”

The lack of civility and humility in this Kenney tweet about Mr. Whittingham’s resignation from the AER is not an auspicious start to civility and humility.  The new Premier shows a  viciousness and proclivity towards deceitful personal abuse of a private citizen, appointed to serve the interests of Albertans, as owners of our natural resources.  This is chilling.

I have claimed before that there will be a Kenney “Enemies List” like there was for his Mentor Prime Minister Harper.  Ed Whittingham is the first overt example of this.  From the political rhetoric and personal animus harbourings of our new Premier, there will obviously be many more politically motivated purgings, abuses and propaganda as he takes over absolute control over Alberta. 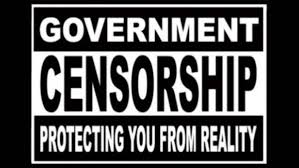