The Satanic of Verses

I listened to an interview on CBC Radio Day 6 program recently.  It was about the rise and results of Political Tribalism on the States. The point was hate for the “Other” is embedded in so much of American party politics. 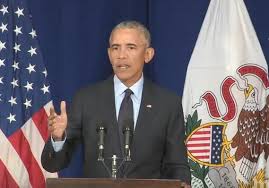 President Obama is on the campaign trail and describing the American Midterm election as a “Test of our character.” I agree.

President Trump is on the campaign trail fomenting racism, clearly a reflection of his “character.”

Could this divisive political tribal culture be coming to Alberta’s now too? We are seeing American style negative ads, Political Action Committees skirting our election financing laws.  There is big money, from both the Left and the Right, coming into Alberta politics through these PACs.

We are seeing more focus on opposing instead of building. The foundational stated goal of the Alberta far right UCP is to replace the Notley lead NDP. The fundamental focus of the NDP is to defeat Jason Kenney’s UCP.  Contrast this with former Premier Lougheed who made it a principle to “never mention the other parties” in his political discourse.

The “US VS THEM” Alberta election campaign lines are drawn. They are emotionally charged and the hyper-partisan pursuits are increasingly Aggressive, Angry and now becoming very Personal, focused on party leaders.

We see this tribal division in many other spheres of Alberta life too. Oil vs Alternatives, Economy vs Environment, Urban vs Rural, Science vs Faith, Young vs Old, Male vs Female, Rich vs Poor…and on it goes.

Will we Alberta partisans continue down this road of rage, so well trodden by American, or will we step back and become builders again?

We need social bridges not dividing walls. We need to thrive on diversity not fear it. We need to be open to the challenge change instead of holding on to out-moded closed mindsets.

We have time to change course leading up to, through and after the next election. We could start doing something now to change the dive into negativity with the coming election.  It’s not so many months away.

To start your thinking take about 8 minutes and listen to this informative interview:

Fear and loathing: In 2018, anger motivates American voters more than anything else http://www.cbc.ca/listen/shows/day-6/segment/15621030 – shared from the CBC Radio App.

I will have more to say about changing course and other options in subsequent posts.  In the meantime, share your thoughts in the comments section below.